Being a runDisney Volunteer 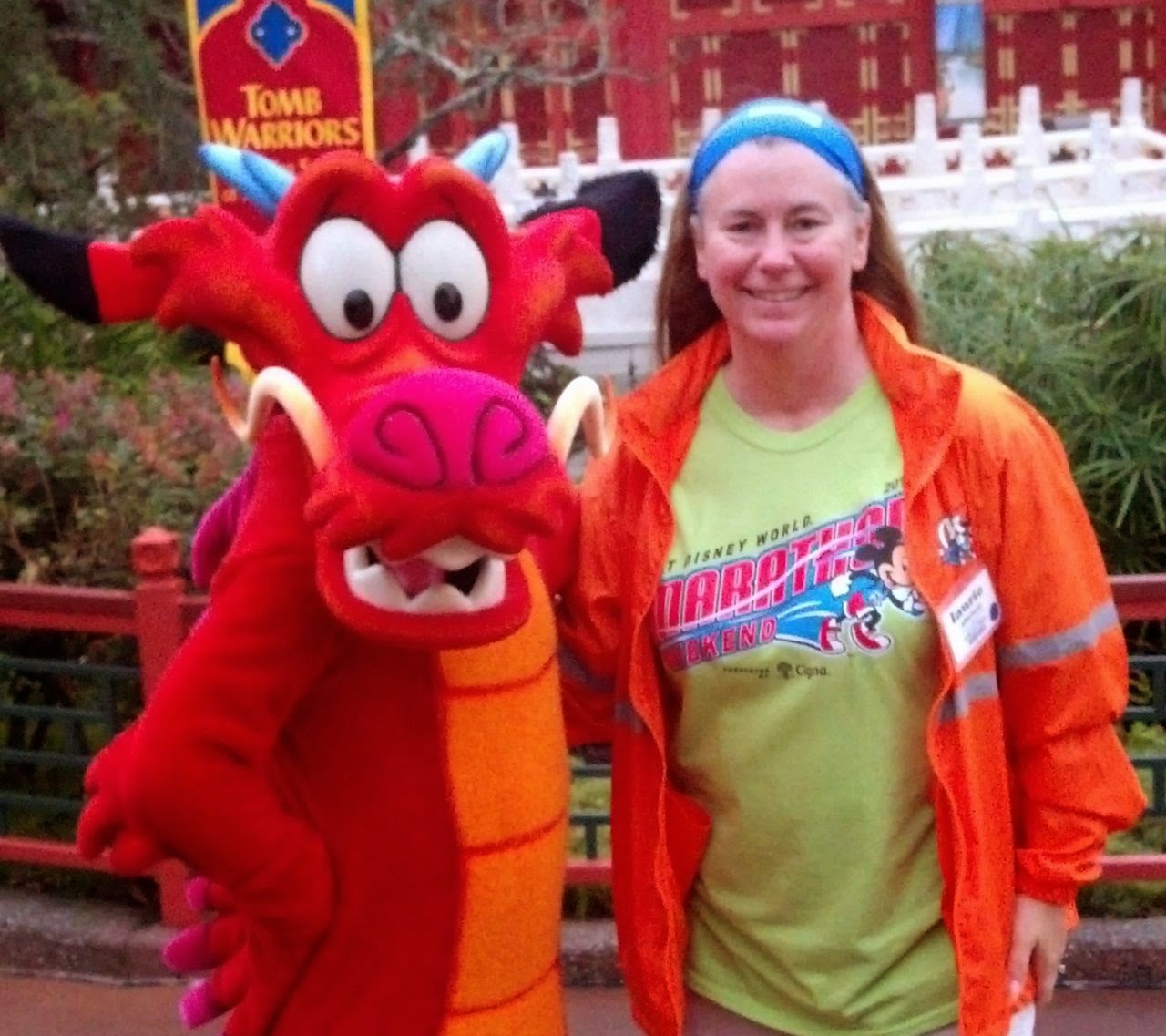 In January 2014, my husband and I were able to volunteer for Marathon Weekend. This was our first experience volunteering for runDisney.  I participate in runDisney events and it was great to give back a little! I had signed up on the runDisney website.

We had received our badges in the mail. 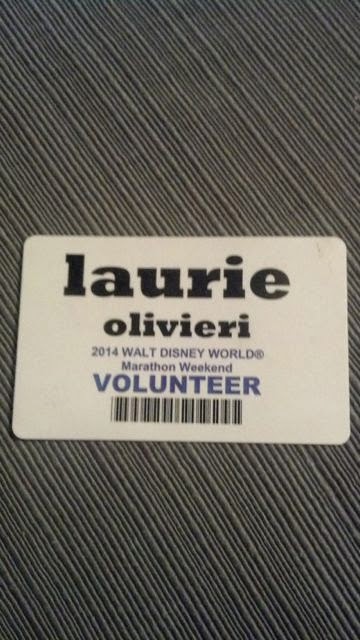 We got very nice wind jackets and a t shirt. 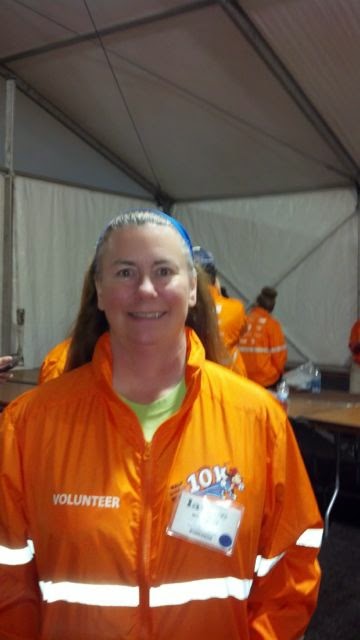 We volunteered for three days. The first was Expo packet pickup (13 hour shift) and to pass out water for the 5 & 10k runs (6 hour shifts). We had to arrive at 3:30 am for the water handouts. This is even before the runners had to start showing up. We were assigned our positions and driven by van backstage at Epcot. 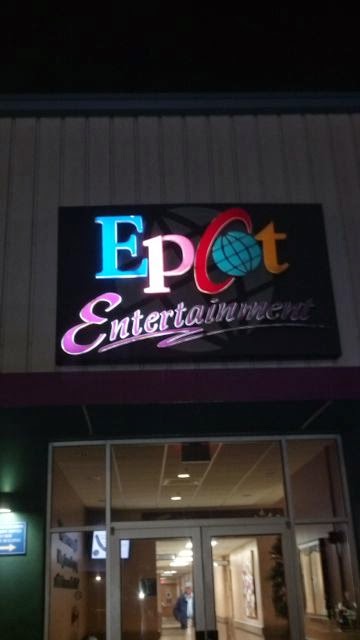 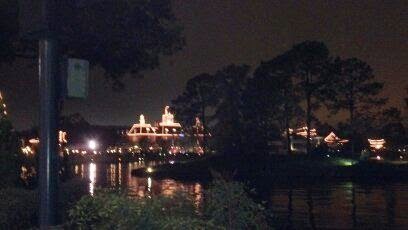 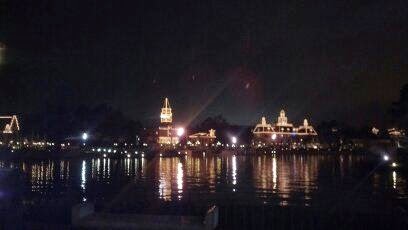 We were to set up by China! 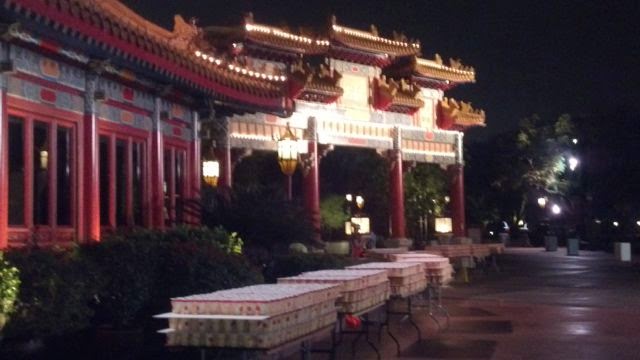 We had to work quickly to set up the tables and the cups and then pour all the water.  It wasn’t long before the runners starting going by!

The next three hours flew by in a dizzying array of runners and walkers. After the last participant, the security team came through and told us were all done. We broke down the tables and started to leave. I saw Mushu  from Mulan and asked their handler if I could get a picture. There are characters all along the running route! 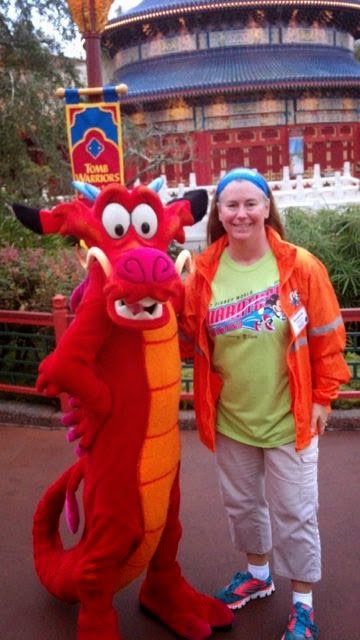 It was truly a great experience and I will certainly volunteer for this again! Unknown to us at the time, if you volunteer for 16 hours, you receive a one day ticket to WDW parks!  We received the letter and ticket in the mail! 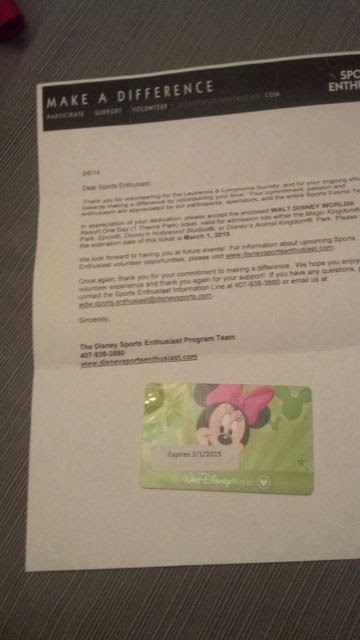 We are annual passholders so will save this ticket until a family member needs it next year!
Posted by Nick Maglio at Sunday, March 30, 2014 1 comment:

Big Kid: Story Behind the Photo

I love the Pop Century Resort, the huge figures and theming are all so colourful and happy.

The first time I checked in, the cast member at the lobby gave me a map with the building my room was in circled, she then pointed to where the doors out of the lobby building were and said "Go out those doors, take a left and walk to the big wheel . . . the elevators you need are right behind it." 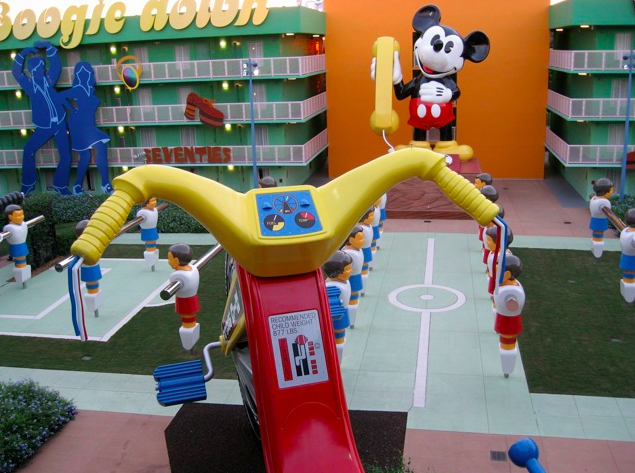 In case you can't read it, the sticker says "Recommended Child Weight 877 lbs. 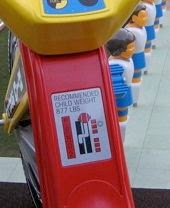 Yesterday, I shared the Disney Store's 25th Anniversary celebration from 2012. Today I thought I would share some of the limited edition merchandise we bought.

A display of said merch from our local Disney Store.

This note set comes with 20 blank cards, 20 envelopes, and a sticker sheet.

This ornament set was $79.50. I'll be sharing a more up close look at the ornaments in December. Yes, I'm teasing a post 9 months out! 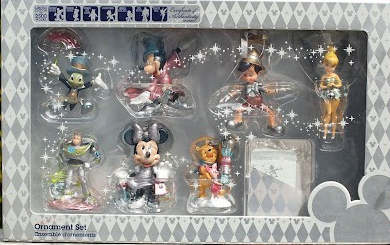 On March 28th of 2012 The Disney Store celebrated it’s 25th Anniversary, and Barbie and I were there for the store’s opening, so we could score the special Mickey Ears that were being given out that day.

Still, we were probably about 30th in line. If you look closely towards the center of the photo, you’ll see Barbie waving.

About 9:45, a Cast Member started handing out vouchers to guests for their Mickey Ears.
Ears were given out to the first 250 guests.
To help celebrate, the Disney Store asked for photo submissions for a chance to appear on their billboard in Times Square, in New York City! You bet I submitted mine!

At 10, the store was unlocked by a young guest, and we were in! To see a Disney Store opening, please check out this post.

Me and my Ears!

Me and Mike, one of the wonderful Cast Members at our Disney Store.

As a special thank you, the Disney Store offered 25% off anything in the store, excluding gift cards and park passes, of course.

Within 20 minutes of submitting my photo, I got a confirmation email saying that my photo had been received, and to look for it on Times Square!

Here is the photo I received with the email:

Please stop back tomorrow to see some of the merchandise I bought.
Posted by Nick Maglio at Friday, March 28, 2014 1 comment:

Journey of the Little Mermaid at Walt Disney World

New Fantasyland opened late 2012 in Walt Disney World's Magic Kingdom, and, arguably, the main attraction in this beautiful area is "Under the Sea, Journey of the Little Mermaid." 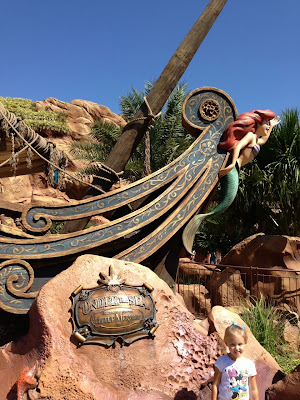 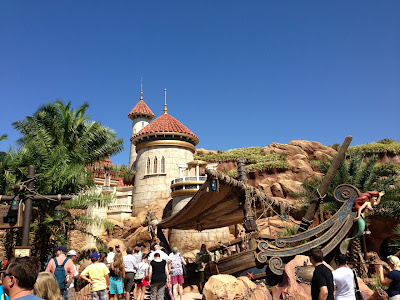 Please note, I will be taking us under the sea, looking at the queue and several scenes from the attraction itself, so if you want to be surprised, please read no further! Our adventure begins outside the castle... 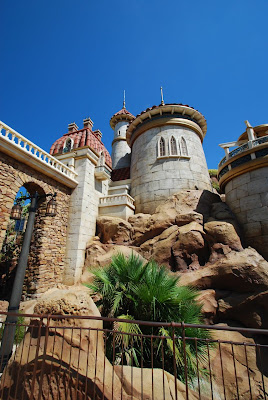 ...and continues into some nearby caves... 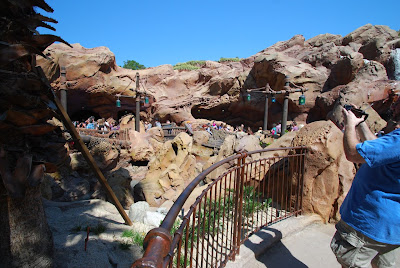 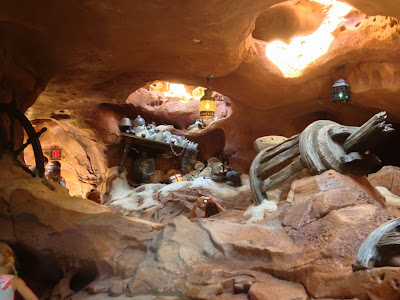 ...as well as other, not pictured surprises! I don't want to give away ALL the fun! We continue under the castle... 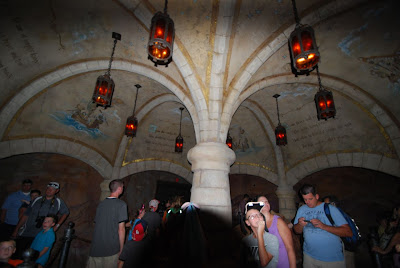 ...and out into our loading area, the docks, to take us fathoms below! 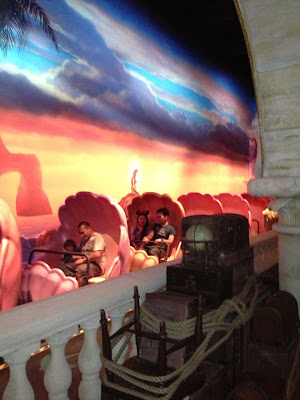 We board our clam mobile. This ride vehicle is very similar to the vehicles in The Seas with Nemo and Friends, so I am assuming it is an all ages ride with no restrictions. 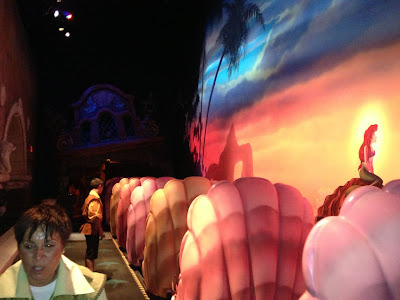 A neat effect takes us underwater, and we begin to see Ariel's journey to meeting her prince, and becoming human. "Look at this stuff, isn't it neat?" 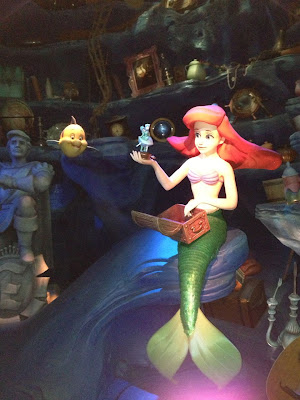 We are treated to the hit songs from the beloved cartoon, "under the sea." 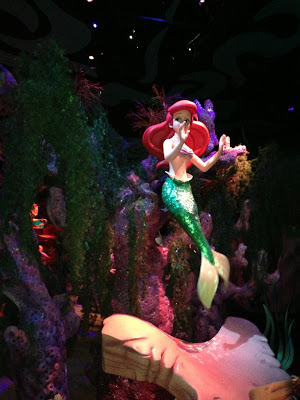 The ride isn't without a villain, as all good tales should have a good protagonist. We come upon Ursula singing about "poor unfortunate souls." 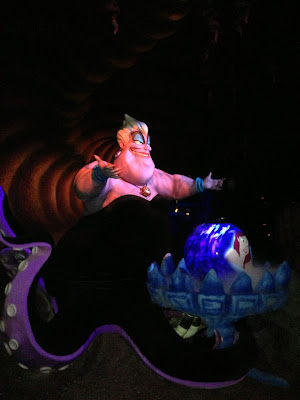 Prince Eric is urged by Sebastian to "kiss the girl." 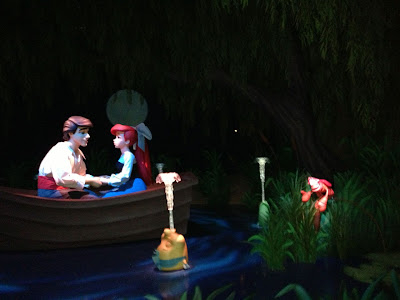 To be honest, the scene that comes next, where Ursala is done in, is a little lacking, in my opinion, but at least we have a strong finish featuring King Triton and Sebastian. 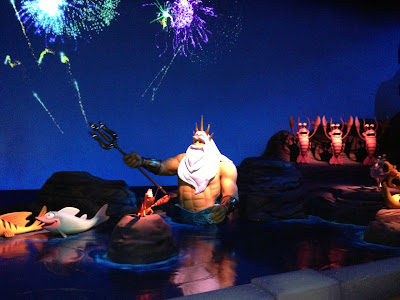 And finally the happy couple. 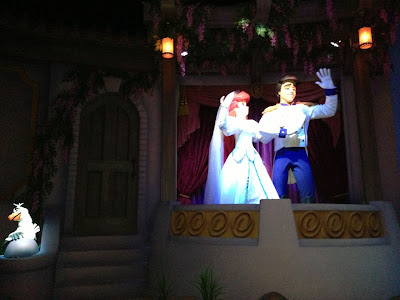 At the end of the day, this is just a dark ride, but one done on a large, and more wondrous scale, and is a delight for the entire family.

Portions of this article were originally posted on the Tips From the Disney Diva Blog, where Nick is a contributing writer.

Fans of all things Disney will no doubt know of the importance of the 1964 New York World’s Fair on the Disney Theme Parks. It is at this fair, for which Disney created 4 shows, that the “Audio-Animatronics” and “People Mover” ride systems were designed and perfected.
The fair opened 50 years ago, April 22nd.

When I saw this children’s book at the Flea Market a couple of years ago, I picked it up, curious to see if any of the Disney pavilions would be included.

By Mary Pillsbury, illustrated by Catherine Barnes. Published by Spertus Publishing Company in 1964.

And there it was, a piece of Disney history illustrated in this great book.
Ford Motors presented “Ford’s Magic Skyway” a WED (now Imagineering) designed pavilion. It included an early prototype of what would become the People Mover ride system. The ride moved the audience through scenes featuring life-sized audio-animatronic Dinosaurs and cavemen.
Indeed, the book even refers to this as “a Walt Disney wonderland of Past, Present and Future”.
These same Dinos can still be seen today in Disneyland’s Railroad Primeval World diorama.

But wait, there’s more!
Next came a look at “Small World”!
At the Pepsi Pavilion, “Pepsi Presents Walt Disney’s It’s a Small World – a Salute to UNICEF and the World’s Children” (whew!) was featured. I think we are all familiar with “It’s a Small World”, but if not, it features animated dolls representing the world’s children and animals, and a song by the Sherman Brothers which, if you’ve started to hum it will be stuck in your head all day now.
“In each country they passed, thanks to Walt Disney, they saw animated figures of children dressed in picturesque costumes-and there were even the right animals for each country!” 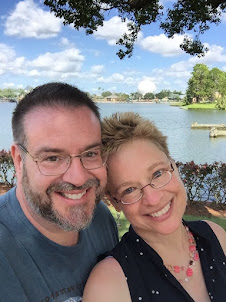 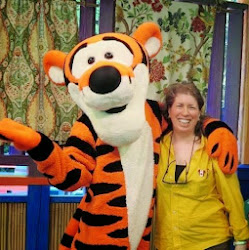 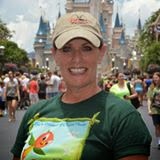